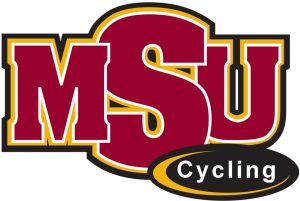 HHH has had a major effect in the Wichita Falls area including the founding of Midwestern State University’s Team Arrow in 1990. Team Arrow was among the first university programs in the country to offer scholarships to riders and this was all due to the HHH. The MSU cycling team has developed into a cycling powerhouse on a national level and continues to grow stronger each and every year.

The MSU cycling program was formed by Dr. Robert Clark, MSU vice president of administration and institutional effectiveness. Dr. Clark was approached by a female student interested in getting fellow students together to ride. Dr. Clark had ridden in the HHH every year since 1982. Dr. Clark went to work doing research into what would be needed to become a member of the South Central Collegiate Cycling Conference. Given student interest Dr. Clark put together a team and filed the paperwork to become an organization at the university. The team was designated as a club and remains so today.

In the beginning Dr. Clark traveled with the team to conference events in his personal vehicle and towed a trailer that had been provided by the father of one team member.  The team hosted its first event in March of 1990. It was a criterium race held at Lucy Park in Wichita Falls. The day was horrible with temperatures around 23 degrees Fahrenheit and sleeting. A few volunteers from the WFBC were there to help including Christie.

In the beginning Christie and HHH got involved with Team Arrow and set up a $10,000 endowment scholarships for MSU riders. Today only about 15 collegiate teams offer scholarships, but 15 members of the MSU cycling team attend classes of some form of scholarship. Christie also offered a building in Berend’s landing to be restored and used as a dorm for MSU riders.

Starting in 2004 and still today the coach of Team Arrow has served as the race director for the HHH USCF races.

In 2005 after the NCAA mandated that universities with Native-American mascots change their name,  MSU Indians became the Mustangs. As a byproduct of this change Team Arrow became the MSU Cycling team.

Over the years MSU riders have won 26 national titles, mostly for road racing but they earned a  few track racing. In 2014 the MSU team won the championship in the South Central Collegiate Cycling Conference.

The current coach of the MSU Cycling team is Mr. Charlie Zamastil.

I had a chance to set down with Charlie for an interview. The following are a few of the questions I asked and his answers.

Dale:  What is your official role at the college?

Charlie: “I am the cycling coach at the university and the race director of the HHH.”

Dale:  How long have you been the race director for the HHH?

Charlie: “This will be my fourth HHH.”

Dale:  I guess your ride also?

Dale:  How long have you been riding for endurance and not just for fun?

Dale:  Have you ridden in the HHH?

Charlie: “I have never ridden in the endurance ride. I moved here in August of 2012 and did the road race that year. I also helped out with the crits that year. More or less everything was already set in motion for that year and the HHH committee wanted me to experience the event first hand so I rode in the road race.”

Charlie: “I did the race not the ride.”

Dale:  How long is the race?

Charlie: “That year it was 105 miles. We have change the course slightly and it finishes out by UPS now and I think it is about 103 miles. Nearly 100 miles.”

Dale:  Did you know about the HHH before you got here?

Charlie: “A little bit I had no idea of the scale. I looked into it more when I got the interview. Before that I knew it by name and reputation. I came from Philly and I knew of the MSU cycling team more than I knew the HHH. When I race at the collegent level in my first championship MSU won both men’s and women’s championships in the crit races.”

Dale:  How much planning does it take to put on the race for the HHH?

Charlie: “The race side we have our first meetings coming up soon. Starting in April we will start meeting every 3 weeks. Come June it will be every 2 weeks and in July will be every week. For me it pretty much dominates my time. Getting road closures organized making race flyer meeting with law enforcement getting permits. Secure the insurance. I work over at the HHH offices during this time. My race committee is probably about 10 people or so that have specific roles. Getting everyone registered and their packets and number. I have teachers from on campus and some local officers that help also. Takes lots of management and organization.”

Dale:  Is it sort of one of those cases where things are easier the day of the ride compared to planning?

Charlie: “Yes, for sure if you do your job right it flows well. It may seem hectic but you can’t be running around like a chicken with you head cut off on Friday or Saturday you have to be prepared. I also try to go around and thank people and be a face for the race and do news spots. Plus, the team is starting to show up on campus. Plus, with the shutting down and marking of the road which I do all the marking of the roads on the race side. Law enforcement has known their roles for years and if you are retiring from law enforcement you have to teach the next person what to do. “

Dale:  Would you say that the ride has the event down pat and running smooth?

Charlie: “For sure they definitely know what they are doing. Of course technology with scoring and such as evolved over the years. Over the last 5 years or so security has become an even bigger concern and keeping the event safe. After what happened in Boston with the marathon. A ride of this size could be a target so this is something to be vigilant about.”

Dale:  The race and the ride do they work seamlessly?  Do the races and the rides start at the same time?

Charlie: “They start at the same time, but the racers start and end at different locations and follow different routes.”

Dale:  So today the racers are not really involved in the ride and around the ride?

Charlie: “No unfortunately they are not. A lot of the racers will come over to the main location.”

Dale:  So did they not used to end at the same location?

Charlie: “Yes, they did but it became a safety issue with racers coming in at 30 plus mph and riders wondering on the course or even mixing in with some of the shorter distance riders.”

Dale:  Who does the HHH benefit are there lots of different Charites?

Charlie: “There are a bunch but our program is probably the biggest recipient and receive lots of support from HHH. “

Dale:  So about how many racers will you have each year?

Dale:  So my last question and this maybe more on the ride side, but why do people put their bodies through what it takes to ride in the HHH.

Charlie: “Why do we climb mountains? It is there it is good to have something to strive to test yourself and see what you are made off. It is very healthy and makes your life a lot better. You are competitive and want to do better in each year. I think it is written into our DNA to compete.”

The MSU team plays a very important role in the HHH. Not only are they the home team for the city to get behind. As one can see the coach plays a major role in the planning and execution of the ride and the race. So while the HHH provides a boost to the club, at the same time the club gives back.

Since the formation of the MSU team Dr. Clark has been a driving force with the team. Dr. Clark will be retiring from the position of V.P. at the end 2016 and return to teaching in the sociology department.  You can bet he will still be involved in the ride and the team he loves.